Trip to our Senators’ offices

On September 8 a delegation from Monroe Indivisible met with: 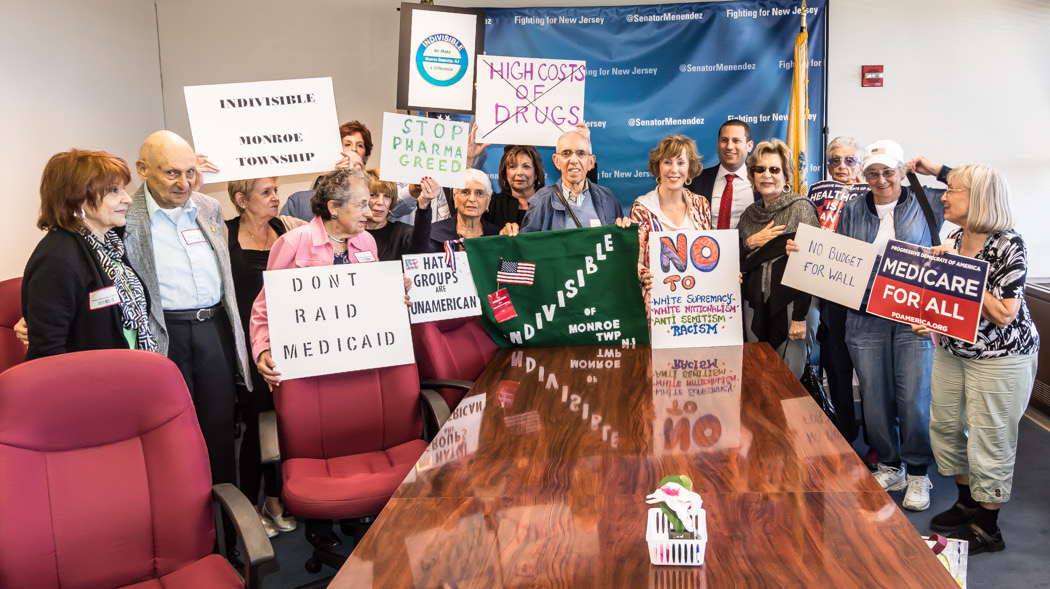 Since then we have been in touch with Senator Booker’s office and hope to host George at a future Indivisible meeting.

We think the current system, with the nod of the government, is failing the needs and pocket books of our population and object to the following:

We expect the Senator to vocally and persistently promote the package to IMPROVE ACCESS TO AFFORDABLE PRESCRIPTION DRUGS which includes a number of bills inclusive of the above components.

What Indivisible does NOT want and firmly REJECTS in the Trump budget are the following:

WE are all for border security that makes sense:

We request senator’s very loud voice and pressure on colleagues on both sides of the aisle to agree upon: